Grounds for Divorce in Alberta 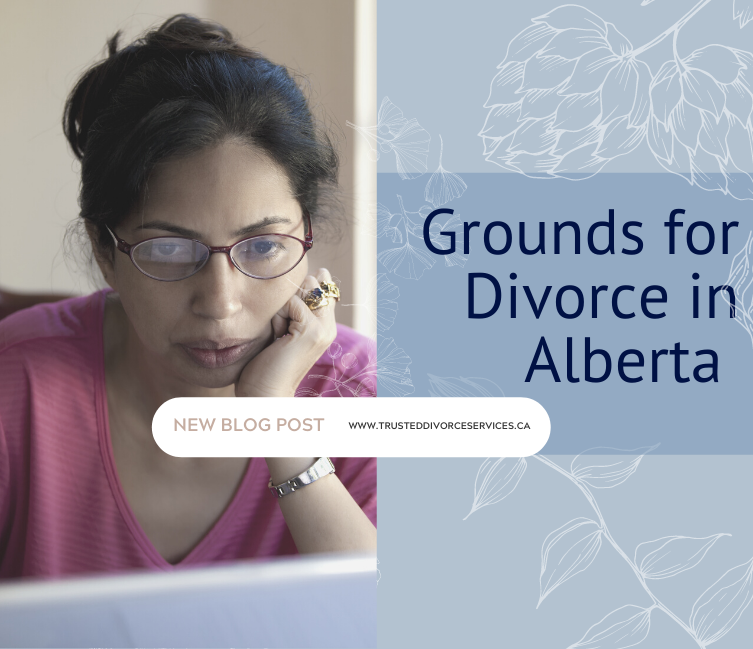 Most people divorce based on being separated for a year, but we still get some questions about the grounds for divorce in Alberta. As I’ve written about in the past, much of what we “learn” about divorce comes from the media.

People often know more terminology about American divorce rather than Canadian divorce. For example, we may hear about celebrities divorcing because of “irreconcilable differences.” That isn’t a thing in Canada.

Grounds for Divorce in Alberta

In Alberta and throughout Canada, we have no-fault divorce. This means you do not have to demonstrate wrongdoing on the other person’s part to get divorced. This relieves pressure on our court system, so judges and courtrooms can be devoted to more serious matters than ending a marriage. In fact, you don’t need a lawyer and need never appear before a judge at all to get divorced.

The Canada Divorce Act outlines that a breakdown of the marriage is the only ground for divorce in Canada. There are three ways you can demonstrate marital breakdown.

More than 90% of legal separation cases in Alberta are filed based on the ground of “living separate and apart for a period of at one least year.”

In some households, parties decide to continue to live together despite the separation. Their decision could involve many factors, including their financial situation, caring for their children, and work schedules; for example, some of my clients were sharing a vehicle they both required to attend work.

In Alberta, parties to a divorce don’t have to provide physical evidence that they live separately. The separation date is simply documented in the applicant’s Affidavit, which is regarded as written evidence.

A party to a divorce action can regard themselves as “separated” when no longer living a marital life with their partner. This could mean no longer having an intimate relationship, no longer spending time together, or simply feeling distant and independent from one another.

The one-year time period before you can file for divorce in Alberta may seem like a long and futile time to wait; however, there is value in it. The year gives people the chance to think things through and settle into living independently of the other party.

It also gives people a chance to research their divorce processing options and choose the right professional to help them transition. People who decide to use lawyers get extra time to gather the large amount of money that will cost them. Even if you choose to use a non-lawyer divorce professional, this waiting period can give you time to sort out your differences in mediation.

There are circumstances when waiting a year or more is not palatable or appropriate, and the other two grounds for divorce make exceptions for these types of cases.

One is acts of physical or mental cruelty. If you intend to expedite your divorce by using this as grounds, the court will require you to offer evidence, for example, written communication, medical records or police records.

It’s also worth noting that while a divorce based on physical or mental cruelty will likely affect child custody and parenting arrangements, it will not change the financial circumstances of the divorce. A spouse does not get penalized because they have been divorced on these grounds.

The other reason you can access divorce before a one-year waiting period is in the case of adultery.

You do not need to choose these grounds for divorce simply because adultery has occurred. Many couples prefer not to bring that into their divorce documents simply because of privacy concerns. Family and divorce files are public records. Anyone can request to view the procedure record from a file, a list of the documents filed. That seems too “public” for many people.

Another reason some avoid listing adultery as their ground for divorce is the legal requirement for the person who cheated to swear an Affidavit admitting to it, including the time and place. Not many people are willing to do that on a public record.

Many people believe that if they are successful at proving their spouse cheated, they are automatically entitled to more money. The reason for the divorce has nothing to do with how the payment of spousal support is calculated or with the division of matrimonial assets.

If you plan to use the one-year separation as your grounds for divorce in Alberta, you can save money by choosing a non-lawyer divorce professional. Book a consultation today. 3 Steps to Try Before Hiring an Alberta Divorce Lawyer

If you’re thinking about hiring a divorce lawyer, you probably know you need help bringing your divorce to a successful conclusion. 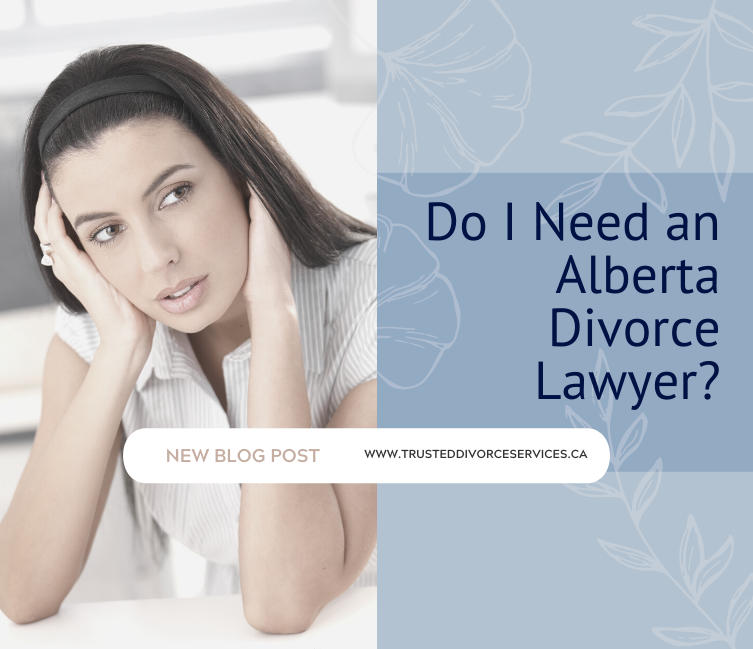 Do I Need an Alberta Divorce Lawyer? 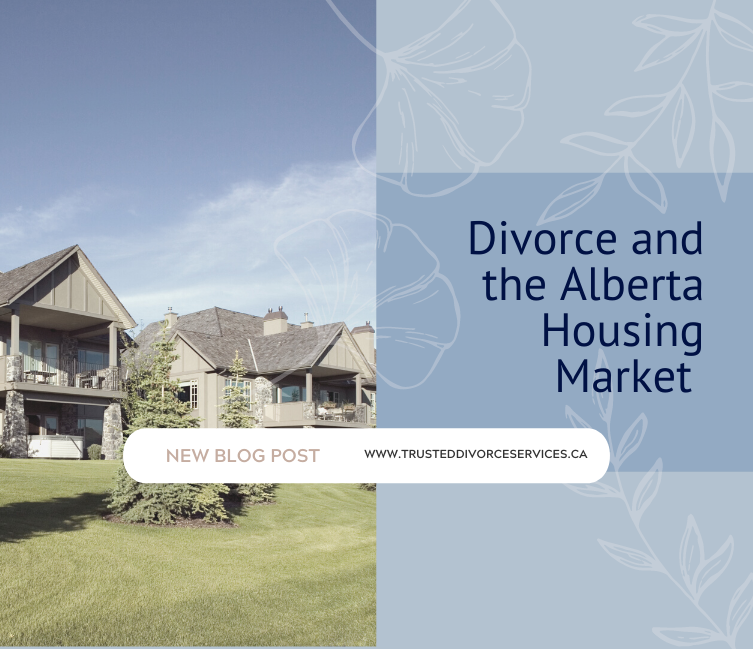 Divorce and the Alberta Housing Market

Divorce and the Alberta Housing Market You can scarcely open social media lately without seeing posts and articles about the Alberta housing market. The hot